Underneath It All, Real Is Real 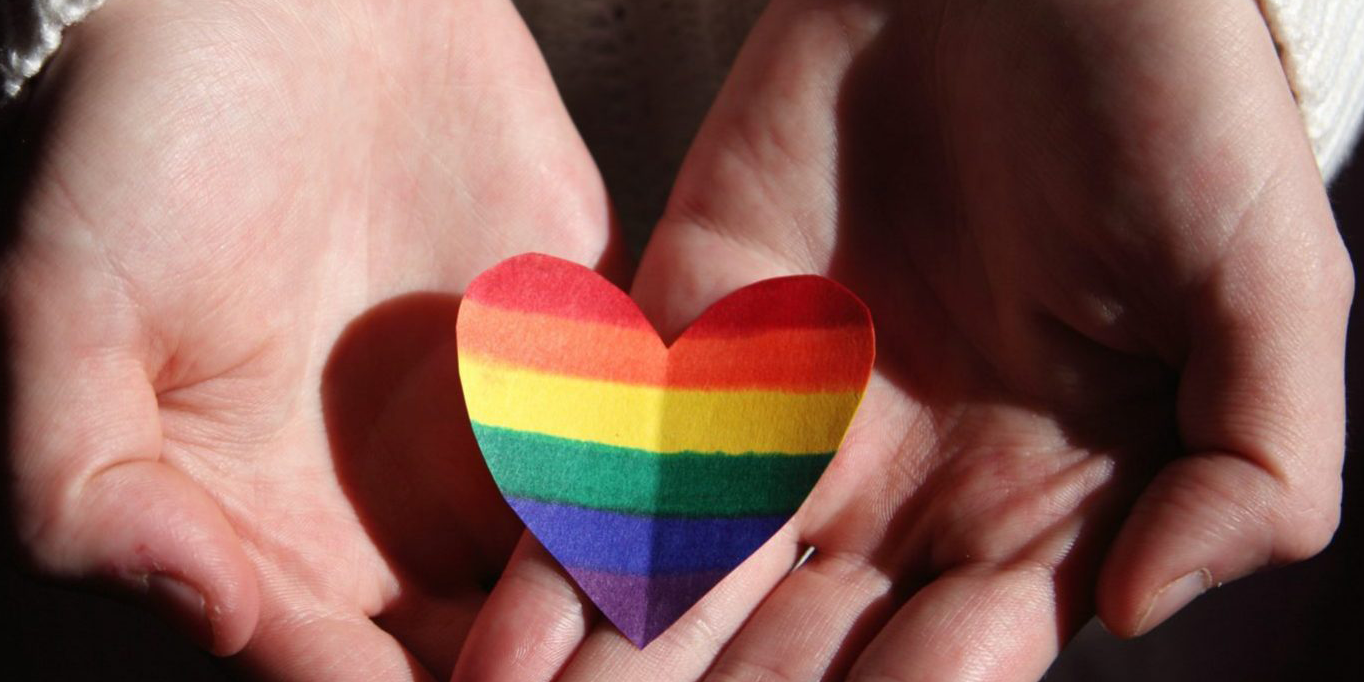 After several of my fellow mystery scholars started an email-based discussion about the new movie Mignonnes, aka “Cuties,” on Netflix, I became curious. Cuties is a 2020 French coming-of-age comedy-drama. The film was written and directed by Maïmouna Doucouré and is her feature directorial debut. It’s received a lot of attention as its contents are disturbing for some, provocative for others, and as uncomfortable to be with as marching into adolescence, coming of age and culture clashes have ever been.

Spoiler alert: I will try not to spoil but you may want to read this after you watch the movie.

As I wrote to my peers on that thread, I’m not sure girls are more sexualized now than when I was 11 (I’m 60 now). What does feel new, however, is the immediate and unfiltered access to gobs of information online. This is compounded by the rapid mixing of cultures – across generations, within families and globally – largely influenced by technology. That might even be the larger story here. The mixing of cultures and the unbelievably fast pace of change brought on by technology, mass migration of populations and globalization, is a recipe for culture wars and confusion.

Still, I bet a number of you, like me, have seen 5-year old girls in tutus seeming just as cutely (however naively) seductive as a grown woman. Let me be clear, I did not experience the girls in the movie as seductive. In my imagination, the “cuties” didn’t even realize, throughout most of the film, that they were mirroring seductive behavior. What we were witnessing, arguably, was how women continue to be sexualized by outside-in conditioning at younger and younger ages, fueled by the accelerant called social media.

As the mother of four sons, I watched more than my fair share of their female peers throw themselves at them willing to do or try anything. It made it hard for the guys to know what they wanted or to have agency. While they enjoyed the attention on some level, it was also clear that it was an awkward distraction, creating confusion and accelerating the pace of change for them and their peers. This was the case whether they were the aggressors or on the receiving end of the aggression. It was weird to watch these scenes play out for our guys and challenging to navigate it all with them.

The heavy activity started in junior high, so 6th grade, when they were 10-12 years old, the same ages as the “cuties” in the film. My guys were no more innocent than the girls, but quite gobsmacked nonetheless, still lagging behind the girls somewhat in maturity. I didn’t remember doing that at 11, although I caught on by about 13.

Once, I found a “Bucket List of 25 things to do with/for/to your man” left in one of my son’s rooms by a ‘young girlfriend wannabe.’ It was tucked into a bulging stadium pillow filled with condoms. It’s every mother’s rite of passage to find such a stash. I promise, I wasn’t looking for a stash, just putting away laundry when I noticed the pillow bulging and about to fall off the shelf. The list was stunning…very WAP, long before Cardi B arrived on the scene! I wish I’d saved that list! It’s probably here, tucked away in a pile somewhere.

There is so much yearning in this film…including the main character’s younger brother, Ismael’s, yearning for a pool and 88 pieces of cereal, bits of comic relief I appreciated very much. Coming of age really is challenging. Lost innocence is its own trauma, worthy of deep grieving and celebration. I’m feeling more compassion for my 11-year old self.

And what a godsend when a friend, parent or an adult we can relate to shows up and says, directly, ‘I see you. I’m here for you. Go ahead, be you, choose.’ Stunning (and, I’d argue, lifesaving) when that happens. In the final scene, we see a young girl who looks less young make a conscious choice (with the true blessing of her mother) . Then, as she revels in some simple play with a mishmosh of people on the street, we see hints of the innocence still there shining through on her face. It’s a moving, miraculous and centering moment. Perhaps we all still have a bit of innocence buried deep within?

Not In This Lifetime, But Maybe In Yours

Still, the scene that captured me most was when Amy’s mother, Mariam, put on her headdress and, with the air of a royal, walked out of the room with her head held high, to attend her polygamous husband’s wedding to his new (second) wife. We learned that this was happening early in the film, a tradition she did not like but was committed to honoring. It is clear that Amy’s mother is very unhappy about this turn of events. While stoic in public, we’d hear her cry behind closed doors.

It was Mariam’s job to welcome the new wife into their home and to attend the wedding. Committed to making that tradition the most important thing, she complied with the customs of her culture. As a queen, draped head to toe in golden finery, she strode out of Amy’s room to perform her duties. But before she left the room, she gave Amy a gift, encouragement and the space to decide for herself. “You don’t have to go if you don’t want to,” she said. Miriam saw Amy and Amy felt seen. They both got a glimpse of the real underneath it all.

These moments are the break-sets, the pattern busters, that help each new generation transition and become itself.

I Am Married to My Country – Transition People

This beautiful scene between Amy and Mariam in Mignonnes reminded me of a scene in Elizabeth, a 1998 British biographical drama written by Michael Hirst and directed by Shekhar Kapur. It starred Cate Blanchett in the title role of Queen Elizabeth I of England. Elizabeth I was the monarch who was famous for ruling with an iron fist and bringing 50 years of peace and prosperity to her country. Toward the end of the film, after much treachery, betrayal, war and uncertainty about love, she made a hard decision.

Her decision is revealed in an iconic and vulnerably rendered set of scenes. First, we see her unveiling (revealing to us her core truths and purpose in this life) and then we see her veiling (taking on the costume, the mantel, the mask, of the monarch for the monarchy). In a terribly breathtaking walk to her throne, face painted white and wearing that famous red wig, she pauses to speak. She turns to her advisor and says, “Observe Lord Burley, I am married… to England.” When Mariam put on her headdress, tugged everything into place and walked stoically and uprightly through that door, I remembered Elizabeth. And I remembered myself.

When My Mask Becomes My Prison

Just like Mariam, one senses that Elizabeth knows who she is on a soul and instinctual level. Mariam and Elizabeth assumed the roles they were built for and said yes to in their outer lives. The choices before them would make mere mortals quiver and, at the very least, hesitate. Mariam remained the dutiful wife and Elizabeth remained the dutiful sovereign. They chose the mask, the role they were in, over personal happiness and romantic connection.

While the choices they made became a kind of prison for them, personally, I would imagine that, for them, the cost of any other decision would’ve been greater than the cost to stay in those roles and honor duty and tradition. In the process, they became bridges to newfound freedom, peace and possibility for generations to come. They were what I like to call transition people. Being a transition person, one who consciously serves as a bridge between what once was and what is unfolding, requires this kind of self-awareness, selflessness, inner knowing and willingness to inhabit the roles that find us. These are our outer-facing personas…informed by the real that lives underneath it all.

Our Tears Carry The Truth

Often, this implies a sacrifice. Elizabeth was that for a nation. Mariam was that for her daughter, Amy, who was barely entering puberty and needed a beacon as she approached treacherous young adolescent shores. Both heralded massive change. One we know about and the other we are left to speculate about, while we squirm.

My lesson learned for the day (and the title of this article), was influenced both by a new client’s experience and these movies. In just our first session, my client was excavating and unveiling, looking for her true self. She was touching in swiftly, as evidenced by her tears. They always carry the truth and point to what’s real, which can be such a relief.

And then there was Mariam. She touched me to my core and helped me to remember Elizabeth. And as I bore witness to Miriam and remembered Elizabeth, I remembered myself. I got to see me, the real me underneath it all.

It is in the remembering of who we are that we call our power back.

Underneath It All, Real Is Real

There is something deeply freeing when we tap into our soul truth, when we develop the capacity to see and be seen. We need help to see what we cannot see on our own. That help comes in many forms, a love relationship, a coaching partnership or a character that captures our attention in a beautifully rendered and heart wrenching movie. It is revitalizing to know who we are underneath all the BS, the stories and the outside-in conditioning.

So much of what we are living is driven by numbing stories we made up to cope with something a long time ago, either individually or collectively. These stories are often forms of self-deception that keep us from feeling deeply, knowing our true self and living our core truth. They are mostly unconscious, but still work us, whether they are lies or not.

Underneath it all, real is real. Remembering who we are at the core of our being, our essence, our true self, is arguably, the journey we are all on. It is what we seek to know in our bones and manifest more of the time. This is why I chant and meditate daily and why I watch iconic movies over and over. It is also why most of us will love Amy in Mignonnes, and where she leaves us at the end of the movie. We are looking at the real me, you, us underneath all the stuff of life.

We can find the courage to be real, together.

These are some of the questions to ask while on our journeys back home to true self. I hope they intrigue you enough to look differently in the mirror. Or see yourself reflected back at you as you watch these and other iconic films. Perhaps they will help you to remember who you are? Let them be allies and sources of wisdom for your own journey now.

Allow yourself to see yourself in these characters, feel the discomfort that they are feeling and grow because of it. That discomfort is the secret ingredient to your own expansion, growth and journey to wholeness. It’s the real underneath it all too.

May you find the courage to look within, love who and what you find and lead from there.

Here’s to finding the real underneath it all; to being your true self every day.